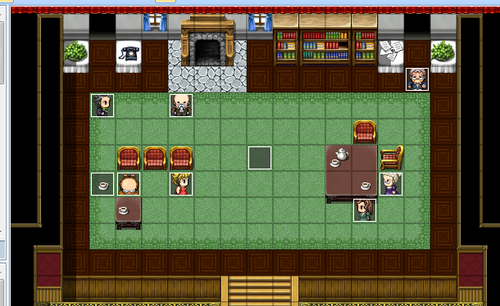 "Green Tea" cast and crew sprites NOT done, since it's now quicker to list those: Farnsworth, Higgins, Constable Smith, Frank the Director, the stage manager, the tech booth flunkies, the snack bar girl

Boss sprites not done: The Stage Slime, the Glutton, the assorted horrible boss Brats in the optional area. BOTH possible final boss sprites are done.

All PC sprites--Hunter, Pierrot, and [spoiler redacted] are done!

It's starting to come together, y'all. I'm excited. I was still hoping to have something demo-ready soon, but with a release planned for October, I might end up just forgoing the demo altogether.