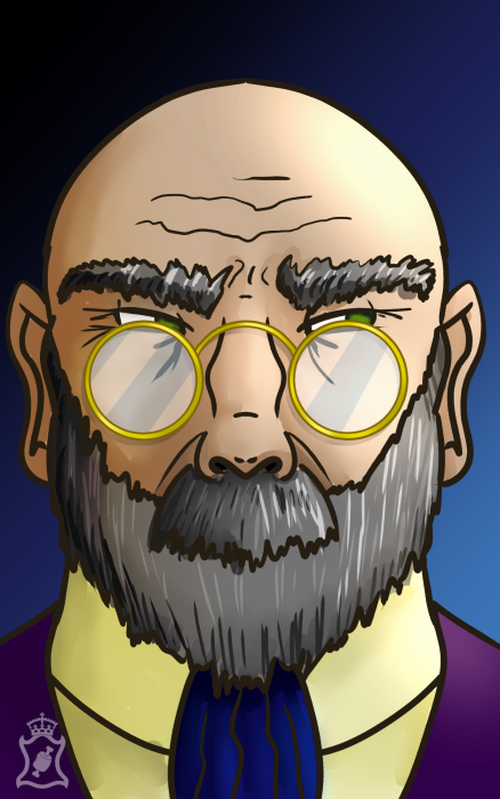 Sir George is an eccentric but brilliant alchemist. After decades of research, he claims to have attained the ultimate goal of alchemy: discovering the formula for the fabled Philosopher’s Stone. But he isn’t the only person who wants that formula… and someone is willing to kill for it.

(Dave Meekins first appeared on the East Limina City Playhouse stage almost fifty years ago, and he’s been a permanent fixture here ever since. He has appeared in far too many shows to list here, and worked behind the scenes on just as many more.

[Frank, he doesn't want to talk about that, please don't put it in the playbill]