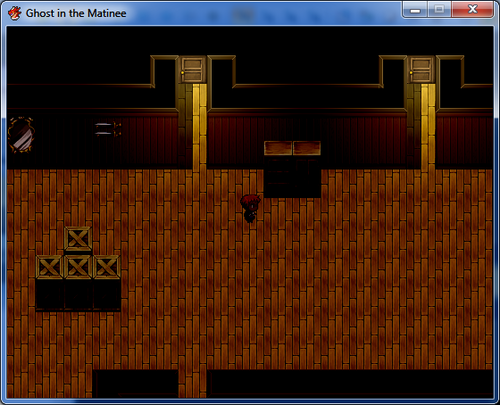 Because the point in the dev cycle where I'm basically finished with the RPG Maker heavy lifting is exactly the right time to decide to throw in a third-party lighting script. It was just REALLY BOTHERING ME that the dungeons, and the backstage area in particular, weren't properly dim and spoopy. Now the backstage area is nice and dark as it should be, as will be the dungeon, Next step: getting Hunter a flashlight.

It works well! Though I gotta start a new playthrough to get a new set of testing saves, because the pre-script saves now crash. Ah well, it's fine.